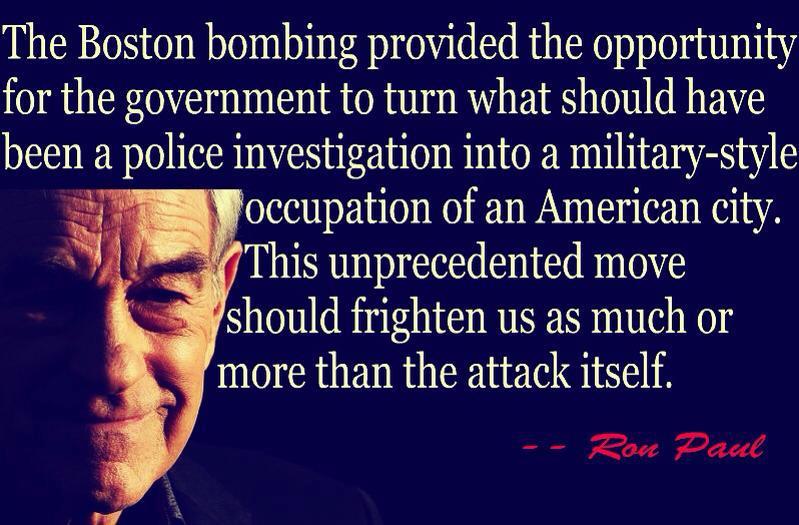 And if they hadn’t and the bombers had escaped the government would have been subject to three years of “you let them get away, you’re worse than George Bush” Think about it for a minute; they caught them in less than a week. Period. Not over a decade; not months… days. Fuck anyone who says it was a waste it was 2 days total to catch the first successul terrorist since London. Fuck you Ron Paul for just trying to score points with your “oh so enlightened” cheering squad who couldn’t mustre enough votes to get your ass into the High School Presidency that is the Republican Nomination. If you were so polically pure you’d have quit the GoP and gone independant linke Bernie Sanders; but nope you’re just another King George, Friend to Nazis and an Isolationist who would punish people just for being a Minority.