It’s been what? Five years now since Rick was smacked on the head with a shovel while prowling outside his own home.

It’s been what? Five years now since Rick was smacked on the head with a shovel while prowling outside his own home. 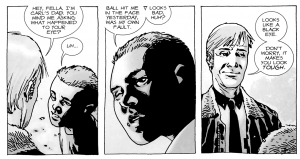