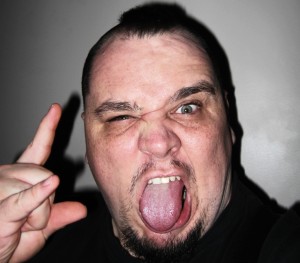 Published by NiteMayr on December 2, 2008

A subtle invasion of earth has left a legacy of the alien among us.

Were it not for the lack of flow, this might have been a great novel, instead it is a chore and a boring one at that (with it’s serious over-reliance on technical details). I cannot recommend this book to anyone but the most dedicated Bureaucrat or Genetics Fanatic who needs good bedtime fodder. This is a great concept marred by poor execution, perhaps an editor will come along and re-arrange this work into a cogent novel.

Dominic Peloso may have a history of writing detailed reports and scholarly papers. At least One would hope he does. TinyGhosts is indicative of the style of writing that faces the reader; clever and clipped, I warn you of this now.

I also warn you that this is a fairly negative review of what is truly good material.

I could not read Adopted Son for more than 20-30 minutes at a time. The “Chapters” are short and choppy, but far from “to the point.” Scenes are told in sections, jumping in time over and over. It was jarring at first and then simply annoying. I skipped ahead, hoping that the “chopped military report” style would taper into traditional narrative, only to put the book down and gently weep for my future.

I can’t tell you anything about this book to make it more interesting that the concept, which is GREAT! The concept is that Aliens have germinated their seed in the genetic structure of people across the globe and scientists are rushing to understand the implications of it, while alien children grow up among us. It’s fairly awesome as a concept, but the execution was horrifyingly bad. Add to this that the author claims to have written this before 2001, he had 5 years to edit it and make it palatable to the general public. Alas, he has not.