“And how ironic, Clinton is the one who is still married to the same woman”

“And how ironic, Clinton is the one who is still married to the same woman”

In which I debunk John Doe

Uninsured Gladney agitating against health care reform is reminiscent of those unemployed guys in Ohio who were strong supporters of George Bush against John Kerry. It did not matter to them that they were out of work and on the dole, or that they did not have health insurance, or that their brothers or brothers-in-law were in combat in Iraq: What really mattered to them was that George Bush believed in god, George Bush opposed gay marriages and abortions, and George Bush supported their right to own guns.

That’s because they know they out of a job with or without John Kerry. Empty promises fail to impress (see Barack Obama).Posted by: Jondoe on August 10, 2009 at 10:20 AM | PERMALINK

Umm, what?  Did Obama get into office and then say, “bwa ha ha,  no more politics and decision making for me.  Time to break out the records and get to Dancin’ in this here White House!”

Is that what happened?

Or has the Obama White house faced Republican and Conservative Democrat Oppostion to every single thing that he has proposed.

If you live here in Reality; you’d know it was the latter.  Over there in crazy town the White House is hosting a 2h-hour George Clinton and Jay-Z concert and nothing is getting done because the President goes to bed at 10 PM and isn’t fond of reading.  Right?

The most Naiive Republican evers!

I’ve said before that Republicans aren’t too good at protests because we are just too polite, but maybe it’s time we stepped up to the plate EACH time anyway. Maybe we can stop this leftwing hate machine.

As a reminder, Governor Palin is a Tea Party supporter; Andrew Breitbart even basically called her the candidate of the Tea Parties. If any of our readers can put us in touch with New York Tea Party organizers, please let us know

So, if you are keeping notes: Republicans don’t get into protesting, because they are so polite. However, in the same post we see a reference to the ongoing and sometimes very impolite Tea Party protests that have sprung up around the USA.  Amazing.

Lest you think this is unique;  check out this one:

If you want to show your disgust at Pelosi, be there! Now, I’m not one for protests. I’ve been to a few (I think of the Tea Parties more as rallies), and frankly Republicans and conservatives aren’t too good at protest because we are just too well behaved. Take a look at the rest of the protest page:

Why I do declare; it is so beyond us Republicans to mount an effective protest because we are simply to polite:

Paragons of Civility and Genteel Discourse.

Never Raising their voices in Protest; except for the most Egregious outrage, just ask the Dixie Chicks. 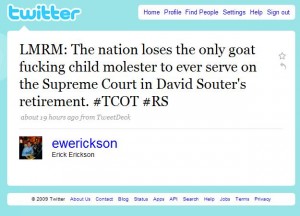 John Amato covers this better than I can

Boss Limbaugh: Come on and get Newt

Published by NiteMayr on March 9, 2009
I can enjoy this all the way up here in Soviet Canuckistan.  Burn Conservatives Burn!
I can see right through this game; set up the obvious villain, look like a rational person next to him and lead the party out of the doldrums.  Easy stuff. 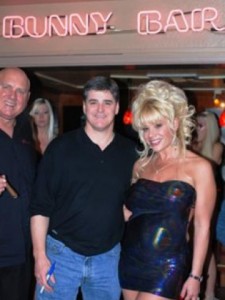 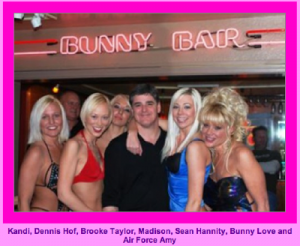 It’s all in fun when these things go down; but moralizers like HAnnity really need to act with some sense and NOT put themselves into these positions; either walk the walk or stop the talk.  Okay?

The one where I compare the Loonie to the Obamie

Published by NiteMayr on September 3, 2008

The US economy is tanking; there is no doubt about it.  So why is the Canadian Dollar losing value against the greenback?

Compare that to this:

A Zogby poll on 20 August put Barack Obama five points behind his Republican rival, reversing the seven-point lead the pollster had given him the month before.

Senator McCain 71, now leads Senator Obama by a 46 per cent to 41 per cent margin, according to a latest poll released by Zogby International on Wednesday.

The Canadian Economy is far from faltering (but tottering on the edge) with Canada being a major exporter of Oil and other natural resources.  One wonders if perhaps the Tories have not done enough to nationalize the value of said resources?  As nominal conservatives; the idea must seem anathema to their ethos of spend and cut instead of tax and spend.  Then there is the whole idea of Canada getting involved in the US’s War on Terriers.  Canada isn’t a target for international terrorism, it’s hardly even a splash damage candidate, why get involved at all until the shooting is over and Canadian peacekeepers can “keep the peace”

Yet, here we are.  Canadians and Americans seem determined to vote in another series of Conservatives, and the eagerness of the timing of Harper’s (broken promise) election is eerily like a coordinated plan to make a solid bloc of Conservative governments in the West (the UK is heading for a Tory victory too) with the Russians getting poked with a sharp stick like they are, we are looking like a return to the Thatcher and Reagan era.

Are people really this stupid?

Obama is no savior, he’s barely (at least rhetorically) a left winger; he’s about 2 degrees from McCain rhetorically; but McCain is the servant of some very sinister paymasters, whereas Obama is more of a stooge for Capatalists.

Look at this dispatch from America; and doubt that the conservative political machine has gone out of control:

Sheriff Leon Lott told the Columbia State newspaper that he hoped the vehicle, named “The Peacemaker,” would let the bad guys know that his officers are serious.

“We don’t look at this as a killing machine,” Lott told the paper. “It’s going to keep the peace. We hope the fact that we have this is going to save lives. When something like this rolls up, it’s time to give up.”

The Peacemaker has a top speed of 30 mph.

You see the reasoning there; we have a giant gun and a tank and we are going to use them.  This is military hardware in the hands of the police as a response to the “out of control” levels of resistance they are experiencing.  Which is of course a fallacy; I haven’t seen a single report of anti-tank weapons used in police firefights (please correct me if I am wrong).

This is the country that is not going to elect Obama, not because he is black (which is probably why 25-35 percent of them won’t), not because he is a Democrat (25 percent of Americans still think Pres. Bush is doing a great job, they will vote for McCain if he eats a Jewish baby on stage, it’s best to just ignore them) the majority of the remaining 40-50 percent are scared.  They are scared of the future and think that the rhetoric of the people who have scared them for the past 8 years will come to pass and they will vote a nearly straight Republcian ticket and get the government they deserve.

The same is true for the Canadian dollar, the dollar is a strong alternative to the Greenback, but as Canada is tied so closely to the fate of the American Endeavor (through the strong economic and social ties that have been formed) The loony falls on the whims of the US rhetoric, which is as changeable as the wind and rooted in fear, not hope.