At lunch the other day

Jen and I were out for a nice lunch after her Charity walk.

All these things and a Dog named Robert

Living in London has been rewarding for me; especially having my own house with my own yard and trees.  While I’m not outdoors-oriented in any way, I do enjoy my yard.  I enjoy it in the way a gentleman does, someone else picks up the poo, my mailbox is monitored by my household staff and my guard dog “Bob” keeps out the racoons.

At least I would if I had grounds, staff or a dog named bob.

Instead I get to sit in my house or yard; watch the bluejays and the cardinals in spring, fireflies in summer and chickadees in winter.

It’s not a bad life; to have a nice house in London. 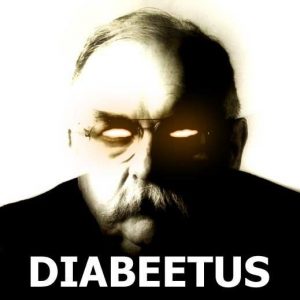 END_OF_DOCUMENT_TOKEN_TO_BE_REPLACED

Taking out the Camera again

After about a millennia, I’ve taken out my DSLR camera and plugged in the damn battery to charge.  It’s been a dog’s age since I last stood, camera in hand and wondered if the peerson in the viewfinder will be mad if I take their picture unawares.

Last night i dreamed that Jen and I went to dinner at an Italian restaurant that was (in my dream) just down the street from our house.

The waiter came, took our order then proceeded to sit down at our table and eat Jen’s meal while chatting with us for the whole duration of our meal He got up and wandered off; at which point the place was closing and the owner/manager came by to ask us how it was.

Strange twist here; I apologized to the Waiter and said that I understood how much it hurt when someone criticized me for doing something when I was doing my best. [ Later when i woke up I realized that I was in the right and there was no reason for me to be ashamed of being angry, dreams… sigh ]

So we went home; for some reason our house was a semi detached now that shared a wall and inexplicably a window into our neighbor’s house. Our Neighbors were former co-workers of mine; an egyption guy who lived with his parents.

So in the dream it’s late evening now and these “gems” fall onto the front lawn; they glow and along with them there is an od shaped stone that works like a magic 8-ball you hold in your hand and answers appear on it. Strange.

While Jen and I are pondering these stones she tells me that the neighbor had lifted up her shirt and felt up her boobs that day.

For some reason she was ambivilent about calling the cops and in the end refused to do so.

This argument lasted into the next day when we were out shopping and I told her if she wanted to do something about it she should come with me or just stay here in the store (it was a sunrise records) and I would take off.

She stayed; and while I watched from another store she walked out of the mall and apparently into the arms of the neighbor.

Dream over wake up; I tell jen I was having a nightmare I hear her say “Good”

I tell her about it; she doesn’t try to comfort me or even discuss it.

I drink a beer; go back to bed and try not to dwell on it.

I have clearly dwelt upon it.

Okay a month or so on; I’m still coming to grips with things.

I’ve got a long drive to work now, like REALLY long.  Some days I drift down curved roads with tree-lined ditches and mosquito clouded villages to pass through.  Other days I take the established roads, they take about the same amount of time and have their own pitfalls and problems.  From end to end it’s about 96 kilometers and starts and finishes on a high-speed highway.

I’m officially doing the same thing I’ve always done, but unofficially I’m not as busy as I was, which is a blessing and curse, did you know that when you are really busy all the time it’s hard to stop being busy?  I had no idea.

Also stress, stress is an odd beast.  I’m still coming to grips with it, but at least I’m sleeping, right?

It’s been too long; I’ve been so busy.  I guess I’ll recap what I’ve done in these two years plus.

Imagine if Stan Lee had been exposed to Public Enemy and the Nation of Islam and if Siegel and Schuster had spent some time absorbing the wild life in Detroit.

Now imagine the comics they would create.

That’s kind of how I experienced the Milestone line of comics.  Icon was a slave, Spider-man was a nerdy kid who got his powers trying to shoot his bully on the sly.

[Yup, Static got his powers when he went to a massive gang battle and was going to shoot his bully]

Static was so great that Static’s arm (the only part of him I could draw) covers a comic box in my basement today.  I am a Dwayne McDuffie fan of such depth and adoration that I am completely gutted at the news that he has passed on.

You liked “Batman Beyond” That was Dwayne McDuffies touch.

Justice League Unlimited (okay, these pulled from the comics)

That said; I loved Milestone and the line were among the last comics that I followed as a monthly (picking them up on Wednesdays at a comic shop) before I moved in with my wife and stopped buying comics (for a while).

I can picture the DAY I drew that arm.  Chris and I were talking about Static (which we had picked up in Port Elgin in that comic shop that ended up being in a basement) going on and on about how much we dug it and how awesome it was to have comics that went along with our love of Public Enemy and conscious rap, which really mattered to teenage us.

This  guy  gave us “OUR” Spider-man; an adolescent who was REALLY dealing with the problems we dealt with; not the problems of a “teenager” from before that mattered.

(Yeah, Static Shock had none of the “real” that the Comic had for the majority of the inital run)

I felt connected to the characters; but Static.  That was all for me as far as I was concerned.  Thanks Mr. McDuffie; you made my teenage years a bit better; and the world a little better place.

Notorious Homophobes and Christian Values expounders Chick-fil-A were an unknown quantity to me when I first visited Virginia in 1999.  I had never seen their “Eet mor Chikin” signs nor even ventured inside one of them; and I may never ever if things continue on path.  I’ll remember Virginia for it’s temperate November, it’s hard to find liquor store and sinking me back into the morass of comics that I had abandoned not 2 years earlier.

END_OF_DOCUMENT_TOKEN_TO_BE_REPLACED

Memory is for me

It turn the book over and over in my hands,  having stopped reading on page 35 and just remembering the rest of the book as it  unfolded.

The pages are yellowed and stained; the cover is soft and yields.  It is not the crisp, bright paperback it once was when it lived in my knapsack and traveled around with me on the bus and in my trunk.  I smells like a library now, not like calvin kleins ‘Eternity’ and its two partners are in no better shape when I pass them on the shelves.  They look out at me as I move around the room and place this volume down on my desk.

In the early 90s a friend of a friend who had read these books once related them to us (the nerds that we were playing ‘Shadowrun’ in the private playpen,loft that head been built in the backyard of Andrews house) as an “adventure”.  We weren’t the characters in the book; so when faced with the same choices and the same scenarios, we didn’t sublimate the authors intent.  We couldn’t absorb the flow of it via osmosis, so we couldn’t follow the story of a mad artificial intelligence and the girl who could surf the net with her mind.   We just wanted to kill bad guys and make money so our characters could be cooler and more wealthy than we could ever be.  So we didn’t really meet Bobby or his Voodoo girlfriend.  Slamhounds came, went and were disposed of.

So here I am; staring into the pages again, the first volume back on the shelf.  Waiting for me to come around again once the Matrix becomes self aware and I can consign it all to memory again.