Kevin Sorbo is apparently a racist

“Ferguson riots have very little to do with the shooting of the young man,” he wrote. “It is an excuse to be the losers these animals truly are.”

“It is a tipping point to frustration built up over years of not trying, but blaming everyone else, The Man, for their failures. It’s always someone else’s fault when you give up.”

Sorbo argued that Brown’s death should be a “reminder to the African Americans ( I always thought we just Americans. Oh, well.) that their President the voted in has only made things worse for them, not better.” 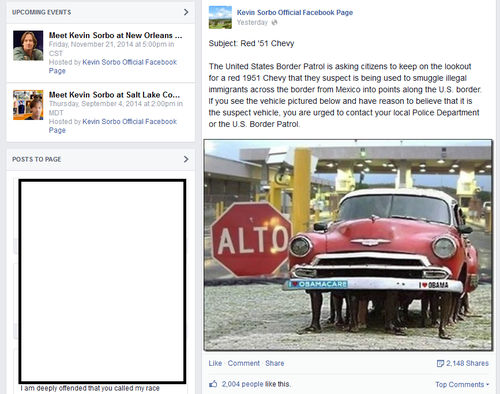