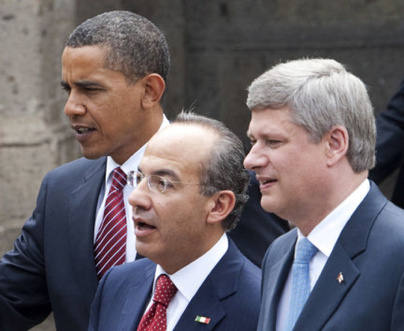 There it is, in once simple statement.  The Veritable “God of the Gaps” in Climate Change denial.  Humans are puny, how could humans take any hand in the alteration of the Environment?

One does not have to look far to see the veracity of the claim that human activity affects the local enviornment.  Trash and industrial waste go a long way to demonstrating the the localized power of human misadventure.  How about on a transnational scale?  Look at the Acid Rains that have ravaged the forests in Northern Ontario and Quebec, passed from plants in the USA and Canada.  What about Chinese pollution that reaches North America?

Doesn’t humankind have the ability to shirk gravity?

Seriously; there are people who use the internet every day and say “pfft, human achievement is nothing when compared to the rain and babies.  Babies are amazing mysterious things.”

I can type a few bits of text on a  box with wires in it and EVERYONE ON EARTH CAN READ THEM IF THEY HAVE A BOX AND SOME WIRES WITH ELECTRICITY IN THEM.  Why is it beyond some people to think that humankind might influence weather patterns a bit?

It’s amazing to live in a world with such people in it.  Dunderheads all.

So much for Democratized Travel.  I’m actually tired of cheap air fares.  Yawn, easy long distance travel via planes needs to be a thing of the past and I’ll tell you why.  Costs and Convenience.

Air Travel (even as late as the early 90s) was still kind of special.  It was a comfortable and expensive way to travel to a far-off location.  It was expensive and comfortable and they took great care of you.  You were an important customer because you paid so much and expected to be treated as a customer; not another chunk of cattle.

As prices have dropped and “competition” took hold, service has taken a nose dive and air travel has become as valuable as high speed BUS travel.  This has to change.

First and foremost, all air lines should cut flights by 50 % and increase the price of all tickets by 50%, right there.  Across the board.  All flights should now cost 50% more.  This will offset fuel and labor costs as they are now and set those remaining flights to a profit basis.

Now, you wonder about plummeting ridership, due to the increase in price, right?  How can this make sense for the airlines?  It should balance out in the end, the smaller airlines will end up consigned to commuter/airBUS style service; daily repeat flights between major centers.  These will end up being expensive, but reduced usage (perhaps less than twice a week) will make it into a boutique service, reducing security loads too.

Imagine the lines at airports having their populations halved!  The TSA could focus on real security, instead of high volume annoyance.

Imagine 50% less planes in the air!  The savings on fuel would be amazing!

Now, what about freight?  With less passenger flights, won’t freight suffer?  With fuel prices dropping (due to a 50% drop in demand) freight gets cheaper; meaning import and export prices can stabelize until real alternatives become viable.

As for business travel.  Why?  You can ship whole operations overseas!  Why do you need to go anywhere in person?  Let’s put the sales and personal politics of business in the past and save long-distance air travel for absolute needs and VERY special events.  We have the technology to allow for simultaneous meetings via cameras and video screens with people around the world,  lets leverage that.

To sum up, I am ephatically stating that we have to return to an age when air travel was expensive and exclusive and available only to the affluent, the vacationers and the wealthy.  Like it should have remained, and I’ll see you in the lounge on a 747 for a free drink and a complimentary meal.  Cool?

Environmentalists and Capitalists are Crazy

“There won’t be a ban,” Coun. Judy Bryant, the planning committee chair, said in response to leaflets urging Tim Hortons customers to fight against “banning drive-throughs in London.”

“It seems misleading to me. There is nothing in the recommendation that would indicate the city is planning on banning drive-throughs.”

But the group representing several fast-food restaurants dismissed that criticism, and attacked members of the committee who walked away from a unexpectedly large crowd of 200 that breached the council chamber’s fire code.

…It is easy for these large chain restaurants to raise issues against the ban, but when it comes right down to it, it does affect the health of everyone! Just take the time out to watch, on a cool day, the vehicles idling 24/7, for the sake of a coffee/doughnut or some fast food!
POSTED BY: Dorothy Bere

It makes me wonder if perhaps a total ban on cars might be the goal here “we got by fine on horses and carts, why not go back to that?“

The best Letter on the Matter, almost the best Satire on the debate:

How about the traffic lights???? I frequent London DT’s on regular basis, and my experience is that daily I sit at traffic lights a lot longer than to get my coffee. The City, as a suggesion should put some effort at getting the ridiculously long lights such as, Highbury rd. to turn left on to Wilton Grove, that takes several minutes during the day and at least 10 min in the middle of the night; not only a waste of time but also a safety issue at night; also after the Malls in the city close, there is no traffic right, why do we still have to stop at red lights?…. City Hall Staff why don’t you take care of items that will improve traffic in London, instead of trying to make it worse…. Thanks for this oportunity.
POSTED BY: Patricia Ferreira

It always seems that whenever something is convenient, someone exploits it and someone wants it gone in the name of health or the environment (or terrorism or to fight pedophiles or the myriad other reasons).  The busybody nannies show up along with the “fuck the earth let’s make money” types in tow.  I think they all arrive in the same indignant-bus.  Each side takes up arms and marks their line in the sand and starts the mantra “The other side hates money/the earth/health” and they go at it.  Each side takes no real losses but hope to make gains in the future.  When the smoking ban came down I heard gloom and doom from the Bar Owners, but the bars seem to be just as full as they always were.  It seems that you don’t need a smoke to have a beer after all.  The smokers still smoke and recruit new smokers; so the people who needed to be “saved” are still at risk, but at least non-smokers don’t have to sit in the smoke anymore, right?

The same goes for bans on new Drive-Throughs.  The developers will eventually see that they can make more money from renting out huge lots of land as Parking (because the coffee addicts HAVE to get coffee in the AM) and they can snare more people into eating at their place because the customers have to see and smell the stuff when they walk in.  It’s a win for the nannies, because they get to say they put a stop to people idling in the drive through, forgetting that the worst of us will leave their car idling in the parking lot anyway.

In the end, both sides get their win and move on to some other cause.

I wish the abortion protesters would go away though.